Thought Experiment: What would happen if every other e-mail went to the wrong inbox? Or if Starbucks messed up every other order? Or if doctors made the wrong diagnosis 50% of the time?

A lot of dissatisfied customers and significant lawsuits, for a start.

Would it surprise you to learn that the same rate of failure exists in executive hiring?

As it turns out, some very real costs lurk behind the common fantasy that newly hired executives reliably hit the ground running.

ChiefExecutive.net details the costs associated with failed executive assimilation, including handsome severance packages, cost to recruit a replacement, and impact on stock value and market capitalization.

Considering what’s at stake, companies would do well to take additional precautions to protect their investment by ensuring their newly hired executives do not contribute to the above statistics.

To share some of those precautionary measures with you, I turned to friend, collaborator, and seasoned leadership development consultant Tom Fumarelli. In Tom’s 30+ years as a global operating executive –half of that time as a C-level executive- he managed public, private and family-owned businesses with high-performing teams in a variety of industries and dozens of corntries. Trained at Wharton and Harvard, Tom honed his craft working as a CFO, COO and President in consumer goods, retail, banking, and other business sectors. Today, Tom puts his executive experience to work for clients in executive coaching, leadership development, and business consulting. As an executive coach, Tom helps companies’ newly hired executives assimilate into their positions, minimizes the chances of their failure, and works to protect his client’s recruitment effort and investment. In the six years that I have known Tom, he has been one of the toughest and best clients of my career. His high standards and integrity stepped up our partnership and set the foundation for many successful executive-level hires.

Roy Notowitz: Start by describing how you help companies. 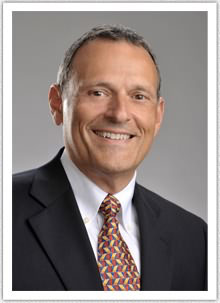 Tom Fumarelli: Essentially, I work with business executives and owners to make sustainable change and achieve their personal best. Together, we focus on improving performance through collaboration, communication and accountability.

One element of my services, what you’ve asked me to discuss today, is ensuring that newly hired executives -at the VP-level and above- assimilate into their positions, understand corporate culture and expectations, and build and reinforce behaviors that will provide the greatest benefit to the company in a short period of time.

Most executives are expected to make their mark within the first 100 days, but if they do so in a manner that does not honor company culture or include key constituents in decisions, failure is possible for the executive, for his or her team, and for the company. This preventable situation happens more often than most companies choose to acknowledge.

It’s not unusual for ‘assimilation’ to be confused with ‘on-boarding’ or ‘indoctrination’, so let me take a moment to parse the distinction. On-boarding typically applies to the management level or below, and includes introducing the new-hire to HR policies, delivering an employee handbook, defining preferred methods of customer interaction, and sharing company vision, history, and culture. In a nutshell, on-boarding is a diffusion of information.

Successful assimilation –as a part of executive coaching- builds on that education by focusing on performance. The whole experience is a dynamic partnership between the executive being coached, the coach, and several key constituents in the company: the executive’s superior(s), key peers, and occasionally some subordinates.

To allow for adequate goal setting, regular feedback, and participation from a number of people, the process generally takes about six months. The goal is for the new executive to acquire a practical understanding of company culture and vision, familiarity with the idiosyncrasies of his or her peers’ work styles, and clear comprehension of the responsibilities and resources that pertain to the position.

I always find it amazing that companies spend so many resources on recruitment, but rarely invest the time or effort to ensure success once the executive is on board. Too much emphasis is placed on execution and tactics, while not enough attention is given to facilitating assimilation.

RN: At what point should a company consider involving an executive coach to help with assimilation?

TF: Coaching for a new executive is relevant and applicable in many instances. It is especially useful in three situations: when the executive assumes a position that has been held by another individual for a long time, when an executive moves into a newly created role, or when someone is brought in to run a privately owned business that has been previously managed by its owner/founder.

This new relationship between the executive and the company resembles a marriage in some respects. How many divorces would be prevented if newly wed couples began working with a marriage counselor from day one, instead of waiting for problems to develop? Moreover, think of what contributes to a successful marriage: communication and giving feedback when something is not right.

For companies, successful assimilation should start before the executive’s first day. Recruitment assessments -personality tests, interviews, evaluations, etc.- provide the ideal platform to design an assimilation program tailored to fit the unique match between the candidate’s personality and talents, and the company’s culture and needs. Involving an executive coach late in the recruitment process would reduce the rate of executive failures dramatically.

RN: What are some of the typical challenges that leaders may face when entering a new organization or new role within the current organization?

TF: Let’s look at the three situations I just mentioned.

Where a new executive is filling a position long held by another, there will inevitably be discrepancies in working styles, communication, personality, initiative, etc. The new arrangement’s success will pivot on clear expectations, regular feedback, and sustained participation from those key constituents I mentioned earlier: the superior(s), peers, and some relevant subordinates.
In cases where the executive takes on a newly created position, there’s a good chance of crossed messages and misunderstandings. What’s more, expectations of success and the role may change along the way. I’ve seen cases where decision-making authority isn’t clearly delineated; the new executive takes action with the best of intentions, gets his or her hand slapped, and feels undermined. This is all preventable.

If we think of these family businesses’ management culture as a cohesive organism, a newly introduced person enters like a foreign amoeba. He or she will have new ideas, and a new work style that will inevitably rock the boat. The organism will react by doing everything it can to combat that new entrant; not intentionally, but because it’s new, different, and strange. If the executive is made to face off against the family culture, he or she will lose every time.

RN: What are the most common errors associated with bringing on new executive talent?

TF: I attribute most executive failure to communication problems: inadequate feedback, inconsistent engagement, unclear expectations, etc. The key constituents don’t take the time to ensure that the new executive is in alignment with expectations of management or is familiar with the scope of the position’s decision-making authority. Introductory meetings aren’t enough. Sustained success takes real involvement over time, consistent feedback, and regular engagement.

Too often, new problems will surface for the new executive or the boss –behaviors or decisions that they don’t agree with- and they shrug it off, thinking “It’ll work itself out.” Or superiors may not do a good job sharing their vision, seemingly expecting the new hire to catch on by osmosis. Clear communication could prevent both of these problems.

RN: How do you help increase the likelihood of success?

TF: My clients prefer a results-oriented plan, primarily so that the expectations for the new executive are clear, but also so that they know what they’re getting from me. Decision makers appreciate the structure this lends to the process. It’s not just a ‘feel good’ exercise. Typically, I’ll start with a 360º feedback survey; which includes the new executive, pertinent superiors and peers, and occasionally select subordinates.

In some cases, I’ll facilitate three-way conversations between the new executive, myself –acting as executive coach-, and the boss. Together, we’ll answer a host of simple, essential questions, including: ‘How do you like to work?’, ‘What does success look like?’, ‘What’s important?’, ‘What’s not important?’, ‘What do you need and expect from me?’ and ‘What tools are available?’

After collecting data from these conversations, I’ll encourage –sometimes insist on- the respondents’ participation in the development of an executive coaching action plan. Increasing participation and getting key constituents’ skin in the game greatly improves the likelihood of the new executive’s success. Once that plan is in place, my responsibilities shift to ongoing monitoring and regularly soliciting and facilitating feedback. The nature of this process typically demands an engagement of about six months, sometimes longer. After that point, at my client’s request, I’ll check back every quarter.

The trick with executive coaching is to adapt to the unique dynamic of the individual and the company: establish clear lines of communication, guidelines, acceptable actions, and address the other topics I’ve discussed earlier. Everyone involved should take a step back for an objective look, share goals and tools, and explain what he or she needs to be successful. These are essential questions for any new relationship, but few organizations make the effort.

RN: What should trigger someone to consider using an executive coach to help with assimilation?

TF: Mid- to large-cap businesses tend to have a clearly structured process with enough resources to ensure that new hires get the attention they need to be successful. It’s the smaller-cap and family businesses -which were responsible for 64% of new jobs created in the US during the last two decades- that may not have such a program in place. They may overlook the importance of investing in the executive’s assimilation because they’re starry eyed with their new hire.

Since small business represents 99.7% of all businesses in the US today, this group stands to gain the most -and provide the most benefit- from enlisting the services of an executive coach.

RN: What should people look for in an executive coach that will help smooth the assimilation process?

TF: The people who are better at this level of coaching are those who have been senior-level executives themselves. Experiencing assimilation and seeing the difference between good execution and poor execution informs a level of attention to the big picture and the small details that cannot be synthesized from theory alone. Such a wealth of practical experience provides structure, measurable deliverables, and follow-through; all important ingredients for successful executive assimilation.

Personally, I find that my track record as an executive helps me to understand my clients’ objectives with a big-picture perspective, and retain sensitivity to the projects and pressures of each new-hire’s position.

RN: What other services do you provide and how can someone contact you?

TF: I describe what I do as a three-legged stool. I offer Leadership Development Consulting (e.g. training workshops, team and partnership interventions), Executive Coaching –a part of which we’ve discussed here-, and Business Consulting (tactics concerning strategy, operations, and management).

Each of those legs supports the other two. My business consulting keeps me fresh on contemporary issues. I take the successes and lessons from my coaching clients and share those concepts on a confidential basis with others in similar circumstances.

In general, I approach problems by blending the business perspective with a thorough look at the unique challenges and styles of the organization and its individual contributors. Because no two clients have the same strengths and challenges, each of my solutions must be tailored to fit the situation. The beauty is in honoring the diversity of each individual and entity.

I can be reached through fumarelli.com 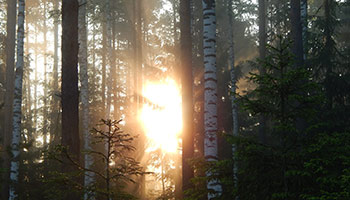 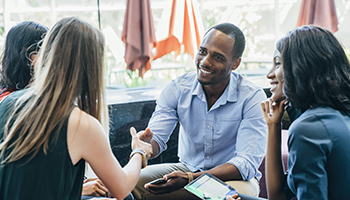 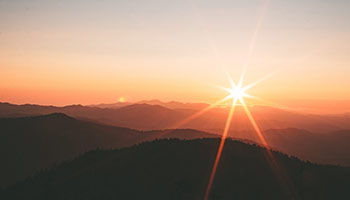 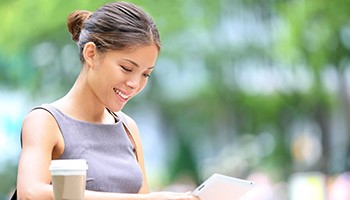 Private Equity Firms Want to Know: What Are Your Values? 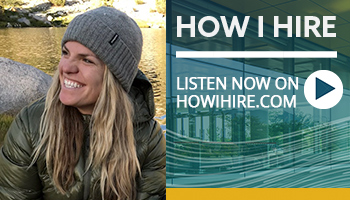 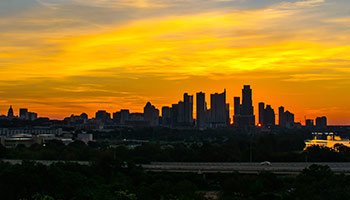